Salmonella is a global threat to food safety as one of the world's leading causes of gastroenteritis in humans, linked to animal products, vegetables and water. As a result, food producers strive to reduce Salmonella prevalence within animal production systems. There are nearly 50 serovars involved in animal and human disease, and between the US and the EU, serotypes Enteriditis, Typhimurium and Newport are of great concern.

Salmonella prevalence in animal production systems is commonly monitored through boot swabs, blood tests, hatching tray residue swabs, feed samples and carcass rinse samples. Producers use this information to evaluate programs in place and make decisions regarding intervention strategies. Interventions can be made pre-harvest and post-harvest, According to the CDC, the human Salmonellosis incidence rate has increased since 2000 evidence leading to the Healthy People foodborne illness initiative to reduce human Salmonellosis by 25% by 2030.

Industry producers have taken action through various interventions starting at the breeder level to reduce the prevalence of Salmonella headed to processing. Still, there are so many routes of entry that the task can seem daunting. However, can understanding Salmonella entry into food production systems help producers determine where the responsibility of Salmonella control truly lies? 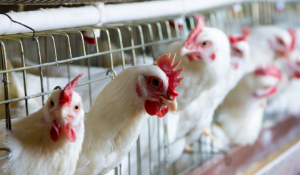 Salmonella presents a risk to human health, and its attribution to poultry products comes at a cost to the entire production chain. A recent CDC report documents that 53.4% of Salmonella illnesses in 2019 are attributed to meat, eggs and dairy products. In addition, the latest EFSA report indicates that 43.3% of meat products tested from samples collected at processing were Salmonella-positive. While human Salmonellosis is often contracted by means other than meat and eggs, consumer perceptions of illness attributions present a significant and relevant challenge to the industry. Taking action to mitigate Salmonella in animal production protects consumer confidence, brand value, food safety and human health, and when effective measures are taken, it can even leverage production costs.

Salmonella Has Numerous Points of Entry

Salmonella is ubiquitous and exists naturally in the environment. Salmonella in animal production has been attributed to: 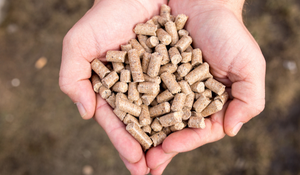 For example, consider the role of feed within animal production. Feed starts as ingredients grown in fields, which are harvested and transported throughout the world. Ingredients are processed and used in formulations which are then transported to operations and distributed to animals. Feeding livestock is a daily occurrence. If Salmonella enters at any point of the feed life cycle, its presence is amplified, and its contribution to the prevalence within animal production is intensified.

Effective feed pathogen control interrupts the introduction of Salmonella to animal production via feed. As part of a multi-faceted Salmonella control strategy, feed sanitation works alongside other impactful measures to reduce pathogen prevalence in a meaningful way.

Food Safety Measures Can Pay Off

When we examine feed as a fomite for Salmonella, it should be acknowledged that feed is central to every animal production system. Feed touches nearly every aspect of production and has been repeatedly proven as a fomite for Salmonella. Feed sanitation offers total feed protection from feed-source Salmonella. As an impactful Salmonella intervention, true feed sanitizers possess bactericidal properties that reduce the microbial load and eliminate Salmonella in feed while providing continued protection against recontamination for up to 14 days post-application. This means that feed remains Salmonella-free from the point of application until the point of consumption, reducing Salmonella transmission from mill to farm.