Dr. Enrique Montiel hosted a roundtable biosecurity discussion during the Midwest Poultry Federation Convention, attracting participants from the poultry and feed sector across the globe. Dr. Montiel said it best: “Biosecurity is always a timely and relevant topic.” He was quick to recognize the massive efforts and investment that go into preventing pathogen and disease transmission through flocks.

“Biosecurity is a connection of all points within poultry production; if one area fails, then all other mitigation strategies and efforts are undermined. Feed is a fomite, the route through which pathogens can enter live production, and as such it is a biosecurity risk. Much like a trojan horse, feed enters bird houses in full view, bringing the enemy to the heart of operations,” commented Dr. Montiel. 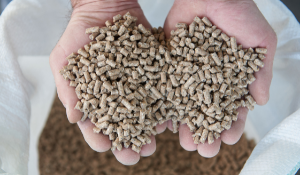 Feed as a Fomite

“Feed is a great matrix for pathogens and an even better transmission vector. Often entering operations untreated, ingredients move from trucks and bins to mixers and pellet mills, turning into finished feeds, further transported to farms and feeders. One incidence of contamination can be amplified, touching every part of the mill and eventually moving into live production,” explained Dr. Montiel.

Research has been collected worldwide for the past 30+ years, demonstrating that feed is a fomite for bacterial and viral pathogens. Further building on Dr. Montiel’s example of Salmonella in poultry, let’s discuss a biosecurity program to handle Salmonella in feed.

First, it is crucial to understand the microbial quality of feed and feed ingredients within the mill. To establish a baseline feed should be sampled through the milling process and examined for:

After implementing an intervention, it is essential to continue feed sampling and testing in the manner it was done to establish the baseline. If the intervention proves effective, microbial loads and the presence of Salmonella in feed post-intervention will be significantly reduced if not eliminated. Depending on the intervention, feed may also be analyzed for treatment recovery.

To listen to Dr. Montiel’s roundtable on Biosecurity, click here. If you are prepared to implement feed pathogen control or have any questions, don’t hesitate to ask an expert