CRISPR - SeroSeq as a tool to reveal Salmonella Populations 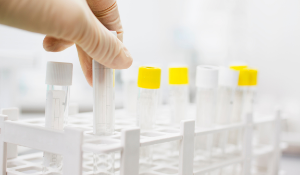 While there are over 2,600 serotypes of Salmonella, a smaller number are commonly linked to human illness. Conventional culture-based identification culminates in selecting a small number of colonies. This poses a problem when multiple serotypes are present in a sample, as it tends to favor the most prevalent serotypes while under-identifying others. Given the sheer number of serotypes and the association of some of these with human illness, the ability to identify Salmonella serotypes present at different stages in the food production process is critical for food safety and public health. Evaluation of the full spectrum of serotypes may allow for proactive detection of outbreaks and will facilitate greater tracking and identification of serotypes.

In Anitox’s webinar series last month, I discussed the findings of a recent study published by my group in the Journal of Food Protection, “Population Analyses Reveal Preenrichment Method and Selective Enrichment Media Affect Salmonella Serovars Detected on Broiler Carcasses.” My research examines Salmonella serotype populations in food animals, with an emphasis on poultry, using molecular signatures in Salmonella called, CRISPRs. My work employing CRISPR-based detection technology began when I noticed that serotype-specific CRISPR patterns could be used for population analyses.

We called the technique “CRISPR-SeroSeq” (serotyping by sequencing CRISPR) and our early work was funded by the USDA-NIFA. CRSPR-SeroSeq is an amplicon-based next generation sequencing based tool that allows for the detection of all serotypes present in a mixed culture sample. It centers on identifying CRISPR spacers to determine which Salmonella serotypes are present in a sample, and also allows us to count how many times a spacer appears in a sample, which helps determine the relative frequency of a serotype in the sample. CRISPR-SeroSeq is particularly exciting because it is sensitive and thus able to detect very small amounts of a serotype in a population that would not be found using conventional methods.

Looking forward, CRISPR-SeroSeq opens up avenues of future research including gathering information about when and where serotypes grow and what conditions they survive or thrive in. Ultimately, a better understanding of Salmonella serotype dynamics will have a positive impact on developing Salmonella mitigations and improving food safety.

Dr. Nikki Shariat holds a PhD in Biology and works as an Assistant Professor at the University of Georgia College of Veterinary Medicine. In addition, she is a leading expert in CRISPR technology and analyzing feed as a fomite. She is currently developing next-generation sequencing tools to investigate Salmonella populations in domestic food animals.