Campylobacter in Poultry: Is Feed a Fomite?

Campylobacter is a leading cause of human gastroenteritis throughout the world. Campylobacter is zoonotic. It can move through live production unnoticed as it does not cause disease in poultry but can be detrimental to human health, especially for the immunocompromised. 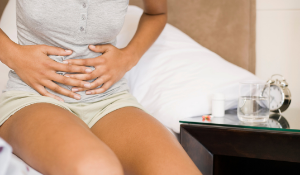 Prevalence of Campylobacter in Poultry

Adequately adapted to hosts such as broiler chickens, Campylobacter possesses several survival mechanisms that permit the colonization and proliferation within the gastrointestinal system and live production. Unfortunately, no clear intervention strategy has emerged. Knowing what we know about Campylobacter's ability to manifest and spread throughout poultry production systems and be further transmitted to humans dictates the need for intervention. However, despite our knowledge of Campylobacter and how it spreads – we still don't completely understand how it enters the production cycle.

How does Campylobacter get into chicken? Many experts have debated and tentatively listed fomites for Campylobacter in live production as people, equipment, rodents, water and feed.

Mitigating Campylobacter in poultry production requires the implementation of adequate prevention strategies. Nearly all poultry operations have biosecurity measures to prevent pathogen introduction. However, all pathogens are unique and may require different control strategies. To implement control strategies for every fomite and every pathogen of interest would bear an outrageous cost. Therefore, implementing pathogen control interventions requires thorough investigation. 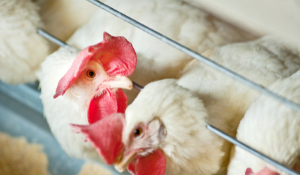 Questions for evaluation include:


Seems simple right? Answer the questions, implement the solution. But, to answer each question, we must have a clear understanding of the risk each fomite carries. Can we repeatedly isolate Campylobacter from each vector? How often does each vector meet the flock? Unfortunately, when it comes to Campylobacter, we don't have all the information required to answer those questions.

A big reason for this is the delicate nature of Campylobacter. The Bacteriological Analytical Manual published by the Food and Drug Administration states that everyday environmental stresses such as air exposure, low pH, temperature variation and dry conditions can inhibit recovery. Stressed Campylobacter enters survival mode by changing shape; they become coccoidal and are harder to recover and culture. While well adapted for poultry production and digestive systems, Campylobacter is much like Salmonella when it comes to recovery, it's there, but it can be challenging to isolate.

To determine the risk and justify intervention for Campylobacter fomites, we need to confidently, accurately and consistently collect and analyze samples for the presence of Campylobacter.

To find out more about Campylobacter in poultry and feed as a fomite for Campylobacter, meet with an expert today.