Pathogen Prevention: Getting It Right

In 2020 our world was knocked off its axis – why? Because of a viral pathogen we have all come to know as COVID-19. Even now as things return to normal we are inundated with facts, cautionary tales and suggestions. Many of these being common sense – wash your hands, cover your mouth and stay home if you're sick, but as we have learned sometimes standard practices aren’t as effective as we wished they were.

What is a pathogen?

Pathogens are transmissible, disease-causing agents that can replicate within a host. They are able to infect hosts, cause disruption in processes the host performs to live and grow. Not all pathogens that impact humans, impact animals, the same is true vice versa. Pathogens that are capable of impacting both human and animal host are referred to as zoonotic pathogens.

Pathogens are quite diverse, they can be bacterial, viral, fungal or parasitic. They vary in host specificity, route of transmission and mode of interaction with the host. For consumers, we worry about things like Salmonella food safety because Salmonella can infect consumers from improperly cooked food, but when it comes to feed and feed ingredients intended for livestock consumption, we have to think about pathogens that cause disease to livestock and zoonotic pathogens that can be hazardous to human health, should they find their way to the end of production.

Bacteria, molds and viruses are the primary pathogens that contaminate livestock feed and its ingredients, a list of examples includes:

Each of these pathogens presents different challenges for its hosts. Salmonella, E. coli, clostridia and Campylobacter all colonize the gut and disrupt digestion and nutrient absorption. Molds, such as Aspergillus spp. and Fusarium spp., produce mycotoxins that depending on the concentration, go on to cause organ damage, immunosuppression and decreased growth. Viruses are highly contagious and seriously impact flocks and herds; for example, in the case of ASFV positive herds are culled to prevent the spread.

How are Pathogens Spread?

Pathogens can spread through contact with an infected host or contaminated surface and ingestion of contaminated food or water, but honestly, transmission can occur in any number of ways. Let’s use a human example to illustrate. Karen comes to the office after dealing with a household that came down with the flu. Karen isn’t sick, yet, but she has interacted with sick kids and a sick spouse, touched all the surfaces they touched, perhaps even used a common cup for a sip of water. At work, Karen uses the microwave, touches doors and shakes hands. If every place Karen touched were to glow under a blacklight you would see her movements everywhere. Then here comes you, doing all the same things Karen does. What are the odds you and your colleagues get the flu? 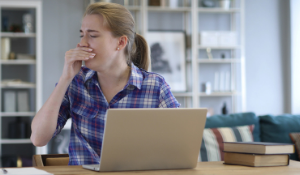 The same thing happens in livestock operations and feed mills. Except Karen, is called feed, and it spends its entire day touching everything. Here’s the same question, what are the odds your flock or herd ingests a pathogen? In some cases, you know, because the animals get sick, performance goes down and a problem occurs. But sometimes everything seems fine until processing finds Salmonella on a carcass.

How to Prevent Pathogens?

A recent report, Evaluation of commercially manufactured animal feeds to determine presence of Salmonella, Escherichia coli, and Clostridium perfringens, evaluated feed from 4 different commercial mills and Auburn University’s research mill for Salmonella, E. coli and clostridia contamination. While they didn’t find Salmonella in this study, clostridia was found in mixed feeds and raw ingredients, as was E. coli. When tracking the pathogen incidence throughout the milling process it was observed that clostridia seemed unaffected by feed processing stages, whereas E. coli was reduced post-pelleting. However, it was also noted that E. coli recontamination did occur in the mixed feeds after pelleting. 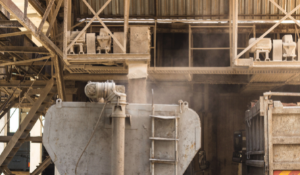 However, Salmonella in feed can be handled through feed pathogen control solutions such as heat treatment, organic acids, and feed sanitizers.

Organic acid blends using formic, propionic and lactic acids at high inclusion rates can be effective against Salmonella, as demonstrated in a recent Animal and Plant Health Agency (APHA) study. However, the absence of residual protection in feed means they still leave farms vulnerable to pathogen introduction through feed which is re-contaminated even before it leaves the mill.

Work on viruses is ongoing but several papers by Dr. Dee, Dr. Niederwerder, and Dr. Toro have found evidence that viruses can survive in feed but can also be mitigated in feed. For example, Dr. Toro’s research found that the feed sanitizers, Finio and Termin-8, effectively inactivated avian influenza and Dr. Dee’s viral ice block challenge found 93% of products tested to improve weight gain and lower infection and mortality rates in swine feed that been contaminated with PEDV, PRRSV, and SVA.

The transmission of pathogens can be a daunting task as there are many routes of transmission that need to be addressed in order to protect flocks and herds. By preventing pathogens from entering production systems through feed you are taking proactive control of pathogen transmission and promoting not only animal performance but also food safety.

To learn more about effect feed pathogen control, connect with one of our experts.